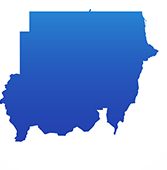 It is difficult, very difficult, and I'm sure many of my Sudanese diaspora around the world feel like I do. My beloved Sudan is going through some extraordinary changes, and unfortunately it has brought forth many lost lives, and even more instability in my beautiful home-land.

When I started my musical journey many years ago, I had made a decision, it was to not sing political songs. I wanted to be a prototype, not a stereotype. The main reason for that was, to sing to my Western audience songs that they would relate to, songs about love, about heart-break, about..life. Because believe it or not, we (the Sudanese people) go through all that as well. I felt that if I can get the Western audience to relate to a Sudanese fella with an acoustic guitar, then they would see Sudan and our beautiful people as people, and not just a place you hear about only when things go wrong. I don't know how well I did, but I will keep trying.

I had to break my rule when the Sudan Revolt happened in 2012, due to the request of a friend who also lived in a different foreign land. I was very hesitant, but I ended up writing and realsing a song called "System Down" which is still up, all the money that comes from that song, I donate 100% of it to non-profit peaceful protest movements in Sudan.

I don't believe the revolt stopped since then, it has only escalated to a point where it can no longer be ignored. The UN stated that these peaceful Sudanese protests will go down in history as one of the most massive peaceful protests of all time.

My Sudan has so much to offer, it is filled with amazing humans, talented people, and a very bright future. I can see it, very clearly, I only wish the rest of the world can too.

Sudan,
I might be blue for you, but I have never forgotten you, and I will always love you.
-Mosno Al-Moseeki.